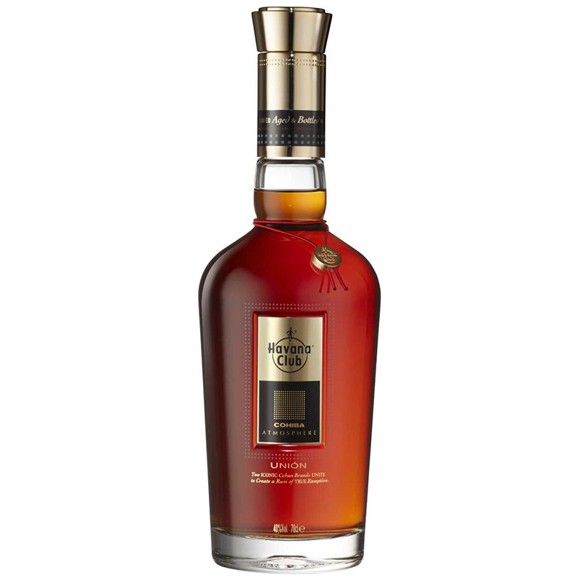 från Havana Club
En del av dessa kampanjer:
Havana Club One of the best selling rum brands in the world Havana Club is a brand of rum created in Cuba in 1934, originally produced in Cardenas, Cuba by family owned Jose Arechabala S.A., the brand was nationalized after the Cuban Revolu…
Läs mer
Sälj in din produkt

One of the best selling rum brands in the world Havana Club is a brand of rum created in Cuba in 1934, originally produced in Cardenas, Cuba by family owned Jose Arechabala S.A., the brand was nationalized after the Cuban Revolution of 1959. Subsequently, the Arechabala family left Cuba for Spain and the United States. Since 1994 it has been produced in Cuba and sold globally (except the United States) by Havana Club International, a 50:50 joint venture between Pernod Ricard and the Cuban government. Bacardi also produces a competing product with the same name in Puerto Rico using a recipe given to them by Arechabala family members, sold only in the United States. The two companies have engaged in ongoing litigation about ownership of the brand.

Cuba has become known as the "Isle of Rum", due to a combination of world-famous sugar cane (first introduced by Christopher Columbus in 1493), a favourable Caribbean climate, fertile soil, and the unique know-how of Cuban "Maestro Roneros" (master rum-makers). Sailors, swashbucklers and locals liked to use this exceptional sugarcane to make fermented nectar and "tafia" (an early type of rum).

Quality improved drastically in the 1800s with the introduction of copper stills and the first attempts at ageing. Pedro Diago, known now as the father of Cuban rum, can be thanked for this. He had the idea of storing the "aguardientes", or eaux-de-vie, in pots and burying them in the ground. The second half of the 19th century saw the production of a lighter and more refined rum, known as "Ron Superior".

This was developed on the instructions of the Spanish Crown, which wanted a more delicate rum that could "satisfy the court and the elite of the Empire". El Ron Superior is the father of today's Cuban rum: light, smooth, delicate, crisp and exceptional straight or in cocktails. Its popularity was such that by 1860 there were more than 1,000 distilleries in Cuba.

Today Havana Club, the leading Cuban rum in Cuba and in the world, continues to embody the heritage and supremacy of the Cuban rum-making tradition. Relying on the unique know-how of its Maestros Roneros, Havana Club has kept alive the art of añejamiento : the art of distilling, ageing and blending premium rums. The name "Havana Club" captures Cuba's rum-making heritage and the unique atmosphere of Havana, the country's capital. Havana Club is closely entwined with Cuban culture, and Cubans take pride in what has become a true national icon.

Havana Club Unión, the first ever Cuban rum created especially to be paired with the beautiful and full-bodied flavour of a fine Cuban cigar. A celebration of the natural match of two of Cuba's greatest brands, both born from the same exceptional climate and fertile terrain. Havana Club Unión is a truly inimitable rum. Its complexity, sweetness and intensity are to be enjoyed neat or on the rocks.

Havana Club Unión, in part inspired by the Cuban practice of "Sobremesa" - meaning 'over the table' - whereby quality rum is passed around the table after dinner, enjoyed with fine cigars and stimulating conversation amongst friends. When pouring Havana Club Unión in your glass you will see the color is impressively deep with an amber glow, a testament to its long, natural ageing. On the nose it has an intense and rich aroma that balances oak and smoke notes with coconut, citrus and dried fruits, and coffee.

In the mouth, a wonderful smooth palate of soft wood flavor accented with vanilla, chocolate and dried fruit, with a long, rich and aromatic finish.